We have been going to Applebee’s ever since I can remember and the Applebee’s spinach and artichoke dip has always been my favorite appetizer there. I could never nail it until nowwwww … and, guess what?

This crockpot spinach artichoke dip is not only so very easy but it’s absolutely delicious. Do not let the fresh spinach scare you – afterall, it’s what will make you feel good about devouring the whole dish.  🙂

We love football in the Sorensen house, and in particular college football. We’re huge Iowa Hawkeye fans, and this is a dip that I made this year for one of the games that we entertained friends for — you guys – it literally flew off the countertop – everyone went crazy over it and couldn’t believe that I used real spinach in it (isn’t that crazy that that makes you feel like it’s good for you since it’s healthy-er … well, it is!) 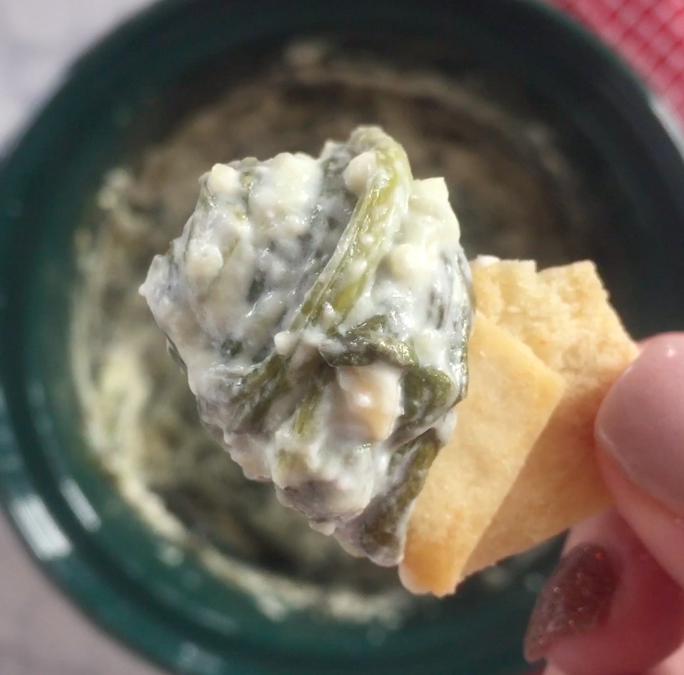 I mentioned above that I have always been a huge fan of Applebee’s spinach and artichoke dip and there’s no doubt that this tastes just like their dip. But, at a fraction of the price, since you’ll get 5-6 cups of dip for about the same price as about a cup of dip from Applebee’s – YES! So, if you’re wondering how to make spinach and artichoke dip like Applebees, look no further! 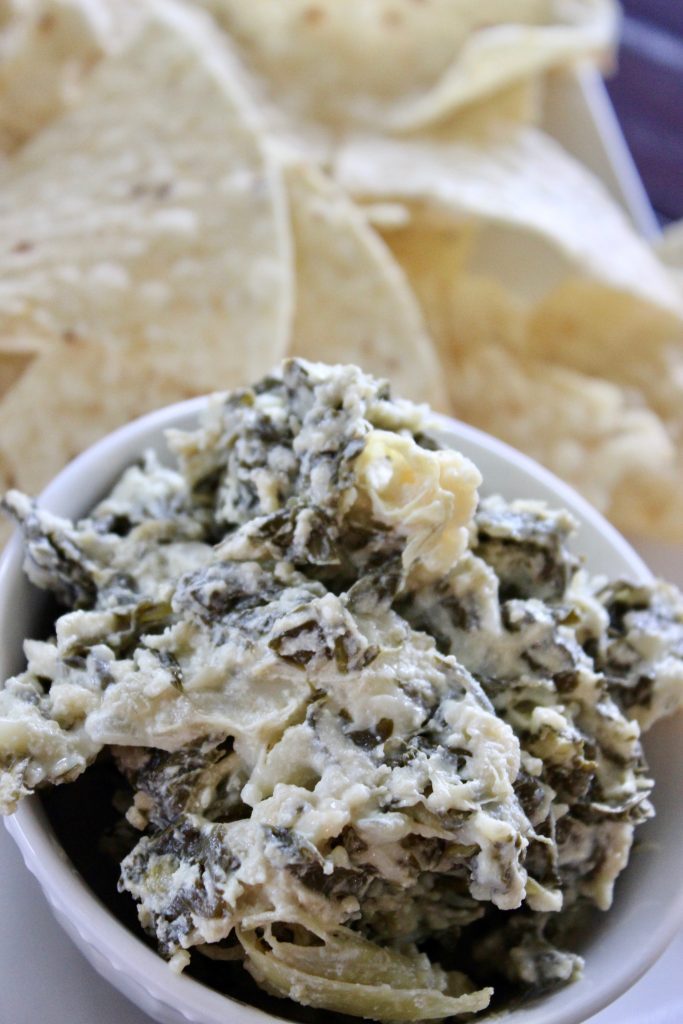 And, I wish I could act like some fancy chef and tell you this took such skill to make … nope – not true. It’s three steps. Literally chop the spinach, mix the ingredients, and put the lid on the crock pot. This is an easy, hot appetizer perfect for entertaining, a girls night (or BUNCO!) 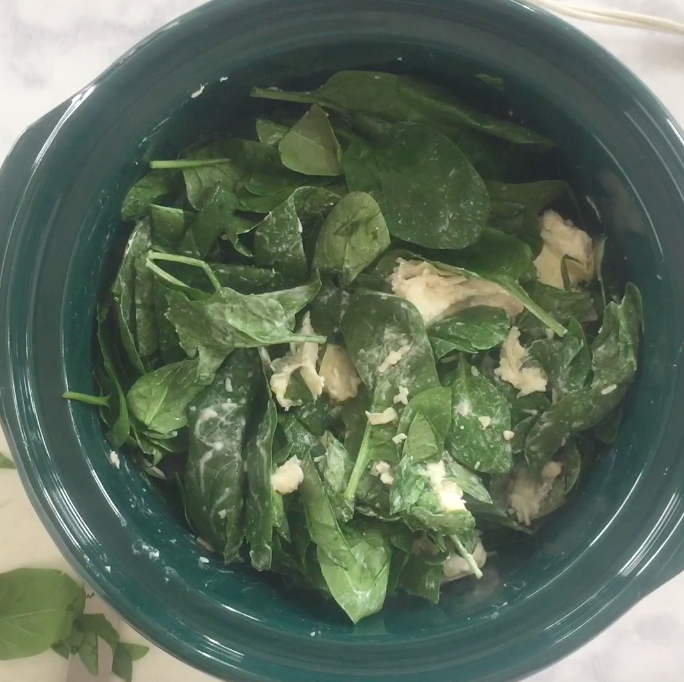 Can Spinach and Artichoke Dip be Made Ahead?

This is a GREAT hot make ahead appetizer because you could easily mix everything, including the spinach up to two days ahead. Then, you’d just put the mixture into the crockpot a few hours before your guests arrive and you’re good to go!

What Goes with Spinach and Artichoke Dip?

Can this dip be used in Spinach and Artichoke Dip Stuffed Chicken?

Yes, yes, and YES! This is a GREAT dip to fold into chicken. You could even dip the chicken in an egg wash and then dip into panko bread crumbs and bake – the more I think about this, the more I realize that I need to make this concoction STAT! 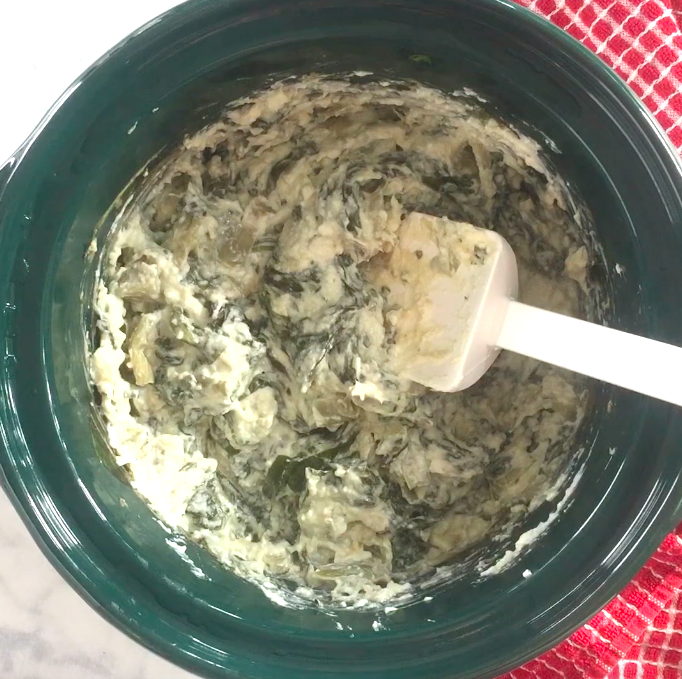